Are you sick of slogging ? If traffic Jams of city, is choking your lungs? Looking desperately for a change of scene ?, Here’s one place which offers you a respite. And if you are bit adventurous type, you’ve got yourself a golden deal.

Kalvarabetta, Skandagiri or Papagni betta is located at an altitude 1450 m/ 4757 feet about 65 Kms from Bangalore and it is one of the hill forts amongst the Nandi Hill ranges. The dilapidated walls of Tipu's fort can be found today on steep Kalavarabetta popularly known as Skandagiri, near the village of Kalavara. History says this was a small but strong hill fort. It was surrendered to British troops on 19 October 1791. It remained in British hands until the peace treaty of 1792, which concluded the third Anglo-Mysore war.
This is one of the tedious treks around Bangalore, as the hill is steep and high. The trek starts from the Papagni Temple or mutt at the foothills of Kalavara village. The fortress of Kalavarabetta is in full sight throughout the walk uphill. This steep and fantastic trek through a maze of dense shrub is highly intriguing. Kalavarabetta is a teaser. Just as you reach the fort wall contended that you have topped the hill, you see another ring of fort. There are six such series of stonewalls and circular bastions protecting an abandoned temple on the hilltop. What adds to the beauty of this trek is the stunning sight of the blanket of stars that will be covered all the way till the end of the trek before the sunrise. And amazing formation of thick clouds - Stratus , Cirrus ,Nimbus rise high and red ball of fire making furious attempts to relieve from clutches floating clouds alleviates the hardship of the trek.
There are 2 caves, one starts from the base and as per locals, leads to the temple at peak and another one is somewhere midway which is about 30 feet only. Both are yet unexplored, especially the first one. Local say that there are pythons, vipers in the caves and had galloped their goats at times. Supposedly, there are 6 Samadhis in a cave.
Surrounded by chain of Hillocks Nandi Betta, Dharmaraya betta, Dibba giri, Brahmagiri and Channagiri, water bodies and the green pastures and birth place of Sir MV, Muddenahalli surrounding landscape is a feast to eyes.

Day one - Start from Bangalore 11:30 PM.
Meet and Greet. You will be picked up from various points from Bangalore. Journey begins, group leader will engage members in Ice breakers. Passing through Nandi Durga road you will reach base of hill.
Day two - Reach base of the Hillock at 2:00 AM 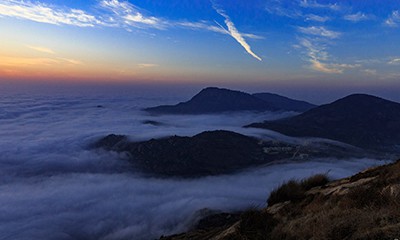 2:00 AM: Reach base of the Hillock.If you are feeling sleepy, take power nap or admire the night sky.
5:00 AM: Armed with head lamp, follow trek lead & start trek and Reach Hilltop and stick to group. Mind your steps at the summit. Don’t indulge in campfire nor we entertain it.
6:30 AM: Admire the scenic beauty and Indulge in Photography.
8:00 AM: Start your descent, slowly.
9:30 AM: Reach the base of hillock
Breakfast enroute to Bangalore
2:00 Pm: Reach Bangalore

Things To Carry
Places to see around
Boga Nandeshwara Temple at the base of Nandi Hills.
Routes to reach
Papagni Mutt which is located at the base of Skandagiri hill is 50 kms from Bangalore.

Team members are requested to select and book tickets. Reach respective points or places enroute. However, make use of Namma Metro for hassle free travel.Our event leaders will assist you all times for any assistance. 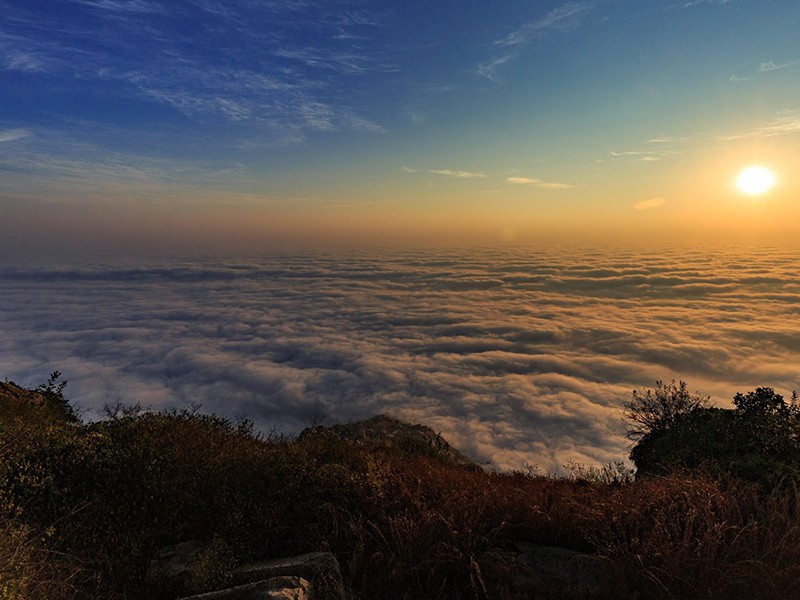 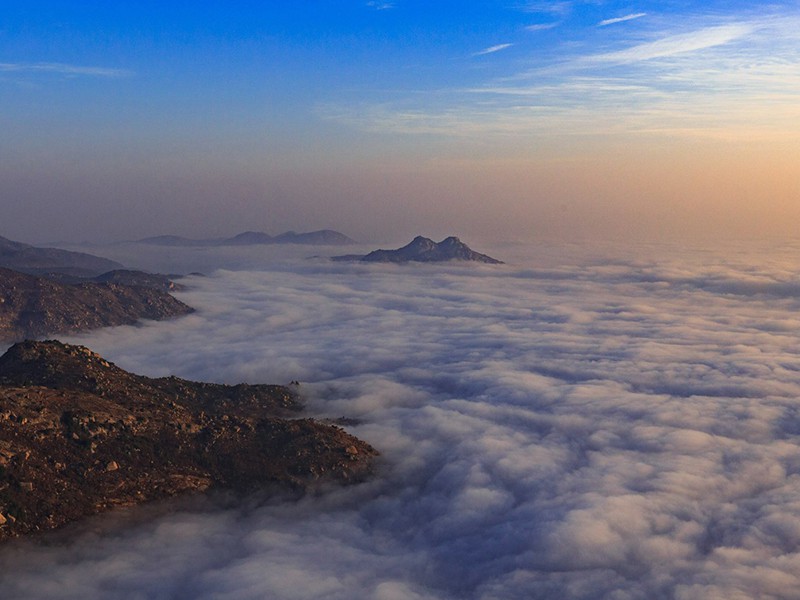 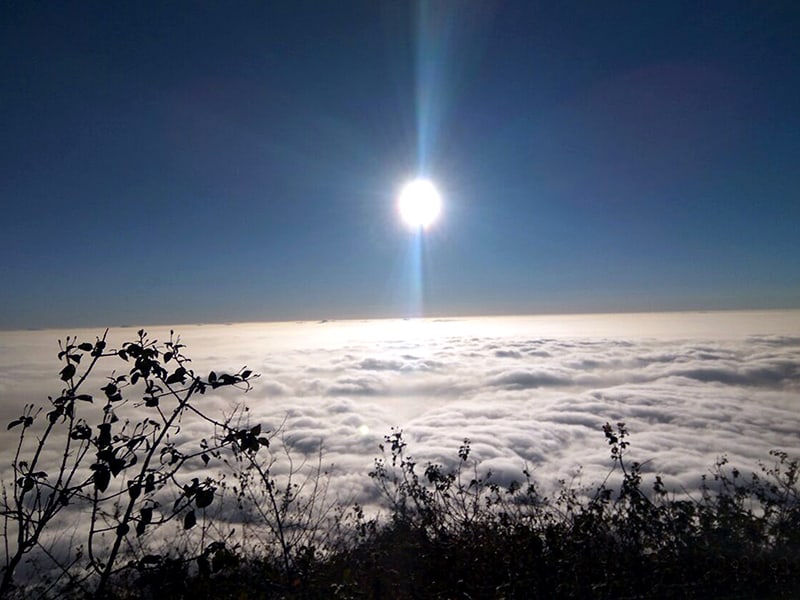 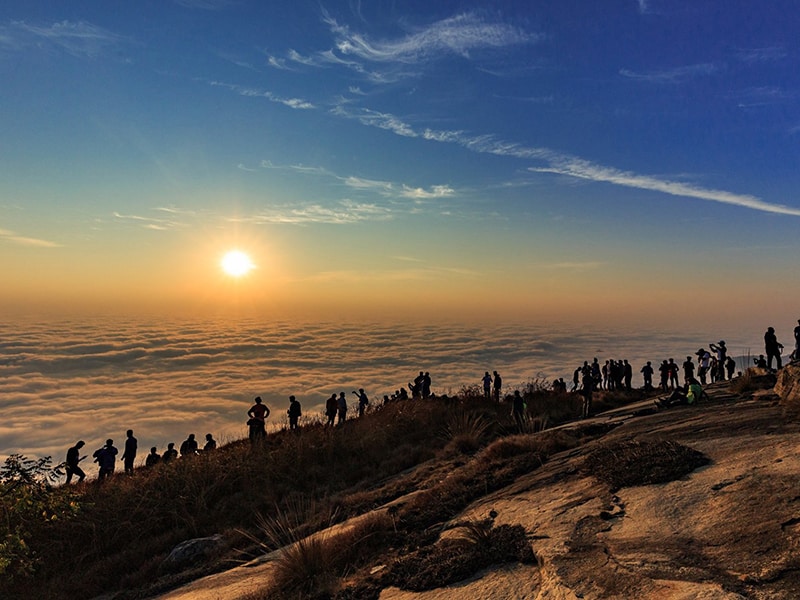 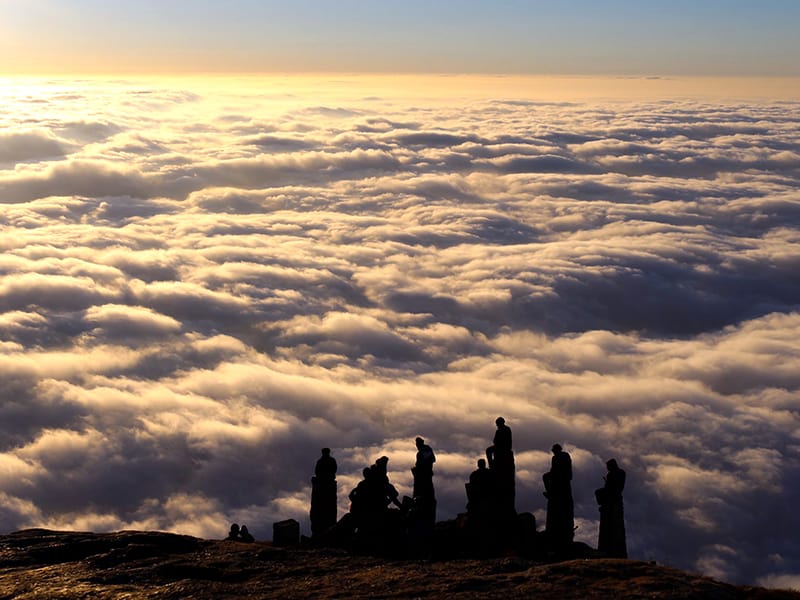 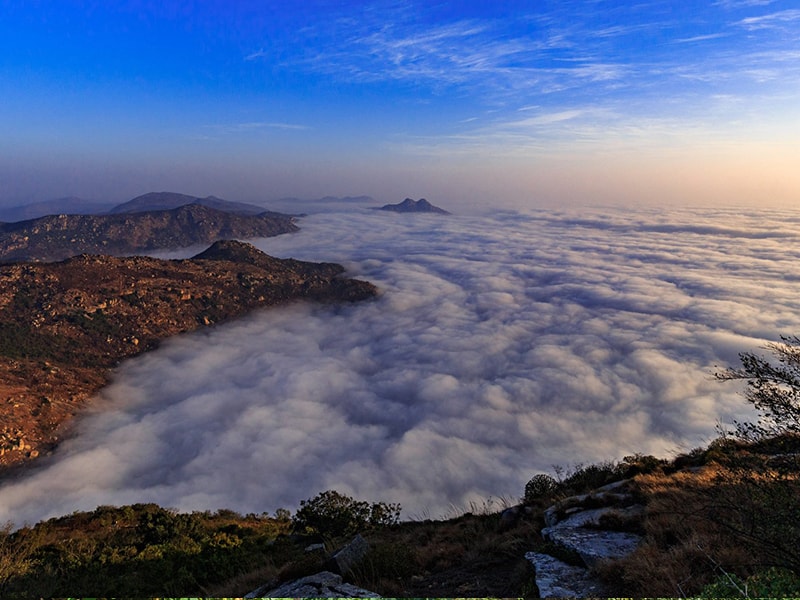